The internet news site Common Dreams carried an article recently about a group of students from Liberty University visiting the Smithsonian Institution. Students at LU are encouraged to fit natural history, and especially biological evolution, into the fantasy religion-based creationist biblical literalism advocated by the school's founder, the late fundamentalist evangelist Jerry Falwell. And, as an Indonesian fundamentalist Islamic saying goes, "when faith and facts conflict, faith wins."
Illustrating how faith wins over facts, LU students scoffed at the Smithsonian's model of a 210 million year old rat-sized creature hypothesized to be the common ancestor of all mammals. First, there's no way a ratty-looking thing could ever become a human being. Second, the 210 million year window for this to happen violates the young earth creationism taught at LU, which is based on arithmetical gymnastics of Archbishop James Ussher (1581-1656) who calculated that God created Everything on October 23, 4004 BC, making the Earth only around 6,000 years old.
Further reinforcing the triumph of faith over facts, Marcus Ross, an Assistant Professor of Geology at LU, made this comment about Adam and Eve:

"I feel they were real people, they were the first people."

OK, then. But there's a problem. "I feel..." is not a legitimate way to introduce a scientific proposition. "The evidence suggests..." would be more appropriate. But for these folks, evidence is not required. In fact, evidence that conflicts with "faith," which really means unquestioning obedience, is ignored, disparaged, ridiculed, tossed aside. It doesn't matter that the evidence suggests that there really never was, at any single point in time, a "first woman" or "first man." When evidence conflicts with faith, faith wins.
Anyway, I was intrigued by this article, so I went online to look for course descriptions at Liberty University. After all, LU is accredited by the same agency as my school, the University of North Florida.  I found a course called History of Life, and here are the description and "rationale" for that course:

COURSE DESCRIPTION
An interdisciplinary study of the origin and history of life in the universe. Faculty of the Center for Creation Studies will draw from science, religion, history, and philosophy in presenting the evidence and arguments for creation and against evolution. This course is required for all Liberty students.

This course is designed to instill in our students a clear understanding of the relationship between science and Scripture as it pertains to the study of origins. In particular, it is designed to help students develop a clear and consistent Biblical creationist worldview and defend it.

Wow. The "History of Life" is essentially a course designed to show students how to ignore almost everything we know about the history of life in favor of a rambling collection of myths written down by some Middle Eastern nomads centuries before anyone even knew that life on Earth is carbon-based. And just to drive the point home, here are the course's "measurable learning outcomes" (at least they have the academic assessment jargon down pat):

Why is this "educational malpractice," as I suggested in the title of this post? It's malpractice because this university's faculty are lying to their students, just as egregiously as if, in an astronomy class, they taught them that the Sun revolves around the Earth. And, by the way, this would be true even if the lies were not based on religious dogma.
The empirical, objectively valid facts about the history of life on Earth, the falsifiable hypotheses that scientists create to describe and explain those facts, and the theories that result when related  unfalsified hypotheses converge on the explanation of some set of those facts, cannot be evaluated by what's in the Bible, any more than they can be evaluated by what's in Lord of the Rings.
I believe that the accrediting agency should put Liberty University's program in biology on probation until those who teach in that program stop lying to their students.
at March 12, 2010

Comments and feedback are welcome, as long as they conform to normal standards of civility and decency. I will delete comments that do not meet these standards. 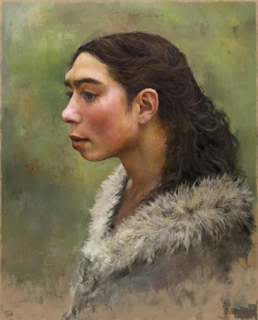